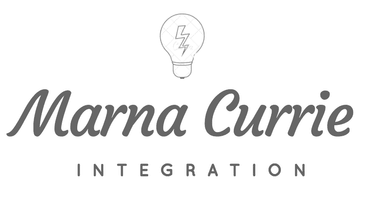 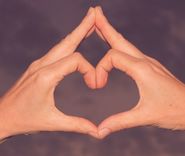 Confidentiallity and trust is the key to my practice.  With their consent and willingness to share, here are a few client testimonials...

"Marna’s private sessions are brilliant, I get more out of it than a regular class as I am very comfortable with Marna. I ask more questions and feel safe that I’m not pushing myself too much.  I actually feel taller the next day!”

“I have individual and small group sessions with Marna and seem to be able to do roll ups effortlessly where I would normally struggle in my regular classes.  Whether it’s the warm up or the breath work, I feel great and love the relaxation after working hard. I leave so chilled.”

“I have a slight scoliosis in my spine and Marna prepared me a yogalates session especially for my needs.  It was fantastic and she gave me brilliant pelvic exercises which have really help too.  Her voice is perfect for teaching and she is a genuine, caring person.”

“Having been a Physical Therapist for 40 years, its the first time I’ve moved my core\pelvis that way using the yogalates pelvic patterns.  Its fantastic that this is integrated into the classes.  It really helps loosen so much tightness.”

“Having EFT is the most significantly positive step I have taken in my life.  I was diagnosed with ovarian cysts and also told I may struggle to conceive.  There is no trace of them now and I am also pregnant!  I totally put this and my general feeling of contentment down to EFT.  I have benefited physically and emotionally and can use it as a tool for anything now.”

“I had a painful pulled muscle in my calf for about two weeks with no improvement.  I tried EFT as a last resort and it turned out I was holding guilt there!  I fully understand now, how that was possible but would never before link emotion with physical pain. Within two days after EFT my leg was back to normal.”
​
“I had five sessions of EFT with Marna.  It happened organically, as I was annoyed about the slightest things and she suggested it.  Its incredible, I had had a stroke six years prior, EFT helped release a lot of anger and frustration I was not even aware of (although others perhaps were!).  I had cramps in my legs and they can go in an instant using the tapping.  She taught me how to use EFT when I'm on my own and great to have when I need it.”

“I have used Marna's talents regularly over the years - starting off sceptical but willing to give it a try.  I can honestly say she massively improved lower back pain with reiki, cleared acne that I had suffered from for years with reflexology and most recently I have managed to conceive with the help of EFT.  Needless to say I am no longer sceptical!   Marna is one of the nicest people you will meet and if holistic therapy is new to you she will put you at ease and you won't regret giving it a try.”

“I didn't know what to expect from reflexology but after my heartburn disappeared during a maternity treatment I kept going back.  A fortnightly visit has kept migraines away.  I cannot believe it - 15 years I have had them!”

“I was having at least 20 hot flushes a day and on the verge of HRT but thought I would give reflexology a go first.  After four weekly treatments they had gone and I felt so much better.”

“I had nausea and diarrhoea issues for over a year.  The doctor gave me two different antibiotics and it didn't clear.  After six treatments from Marna it had gone I felt normal again!  Thanks for the wonderful reflexology Marna.”

“I've gone to Marna weekly for the last year. Last summer I had no hay fever (usually terrible!), and over winter while my colleagues suffered from colds and flu I was fine (again usually twice a winter I'll get it).  My knees are better, my flushes are almost gone and constipation disappeared.  My regular treatments keep me feeling really healthy.”

“I suffered from acne into my mid twenties and tried a number of pills but after 6 treatments as Marna's case study my skin cleared up completely - I don't need to use foundation any more.”

“I had terrible problems with numb fingers and circulation during the cold.  After one treatment the difference was great.”
​
“I was almost drinking Gaviscon for my heartburn during pregnancy but after one treatment the burn disappeared for 10 days and after the next treatment a fortnight later the same, what did return was gone again and its not bothered me since.  I go for a regular treatment now to keep things balanced.”  ​

“The week before I was due the back pain was incredible and a reflexology treatment helped a lot, it felt far better.”
Contact marna